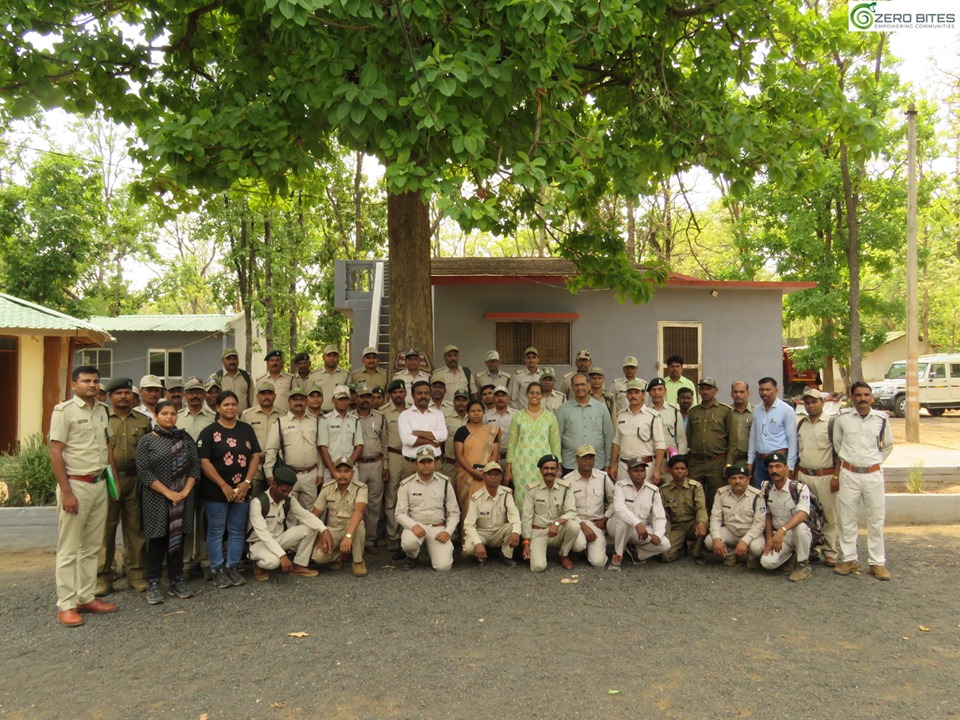 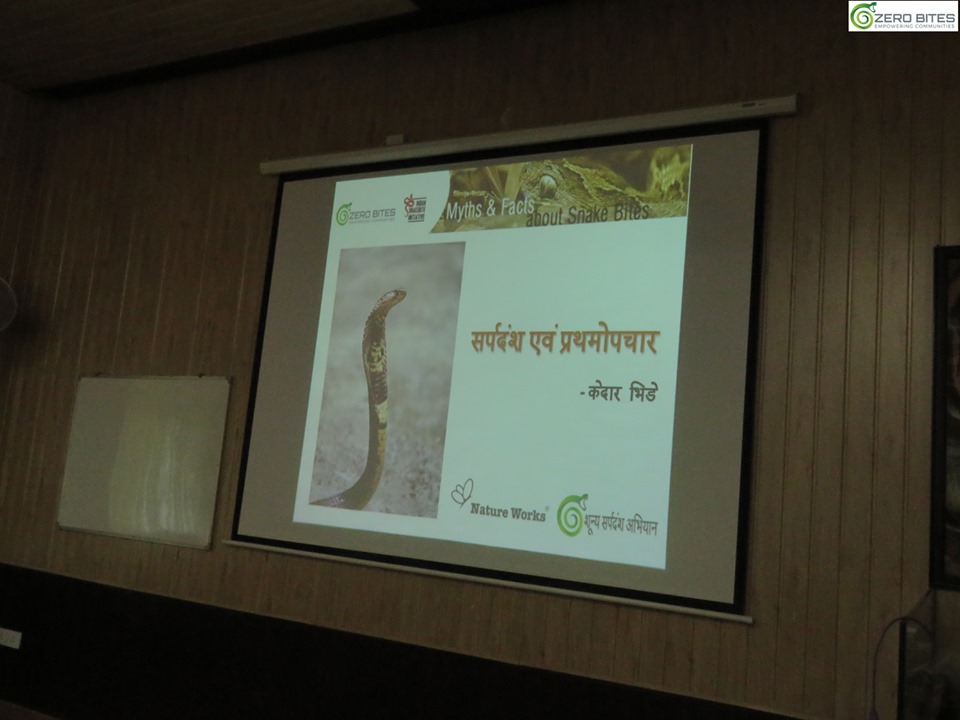 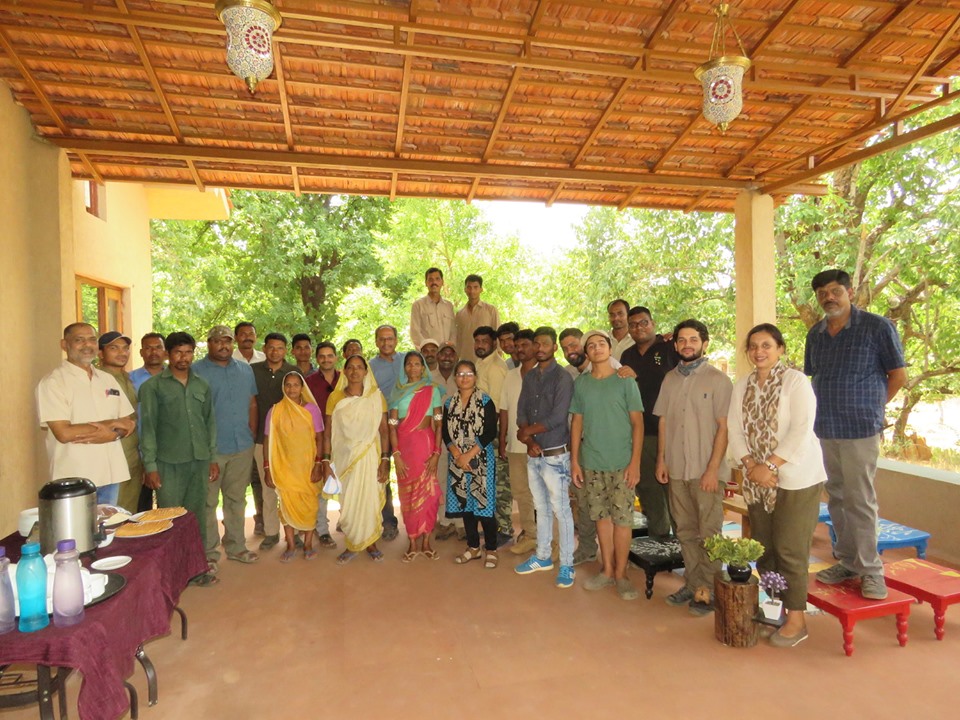 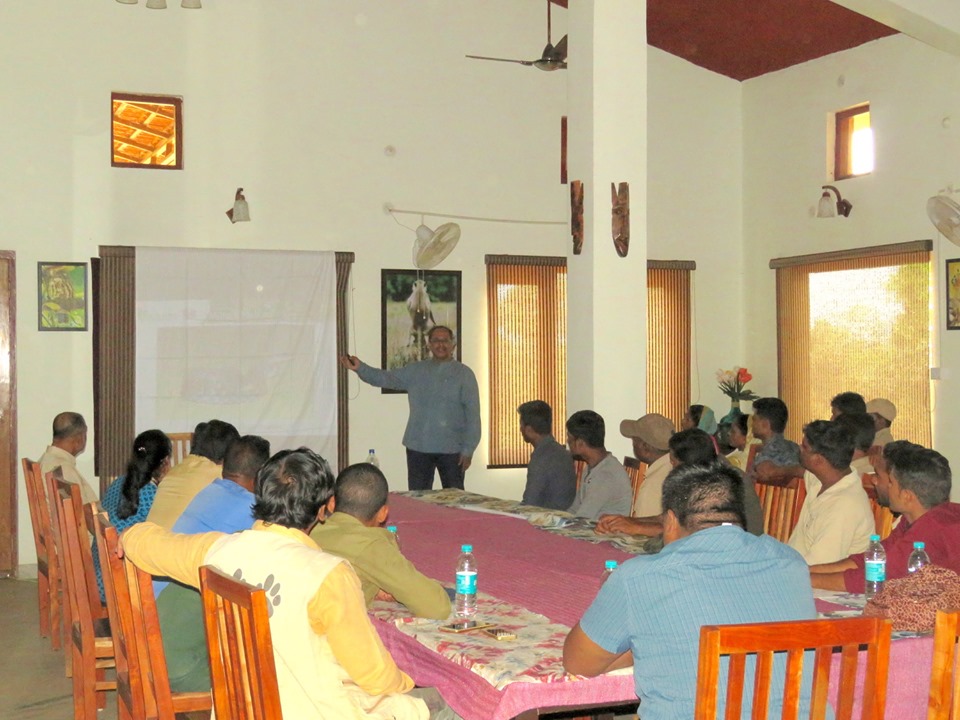 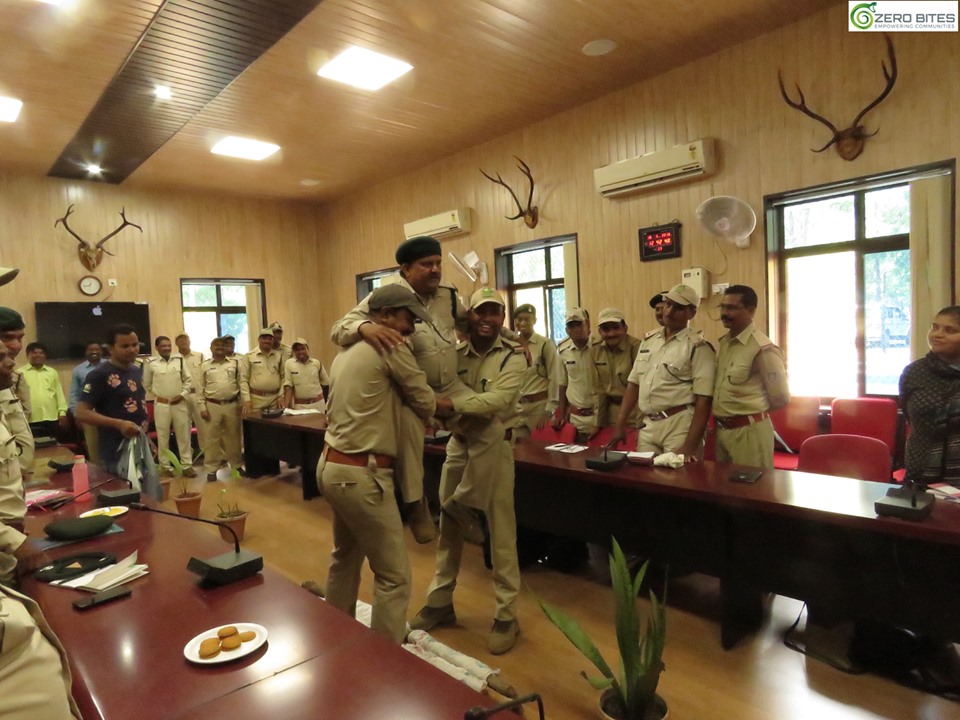 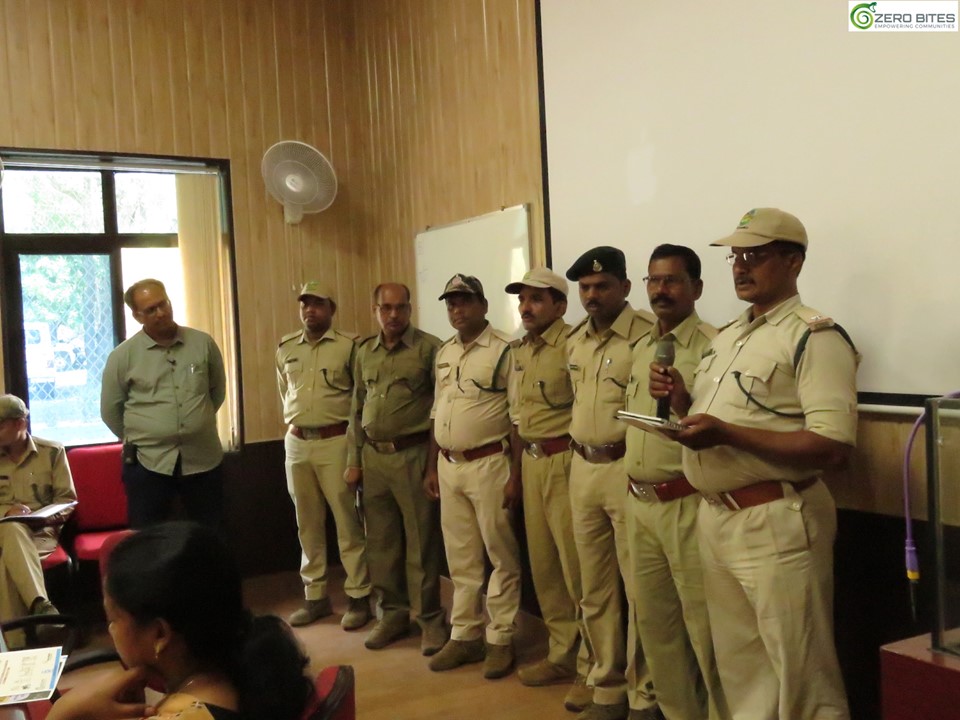 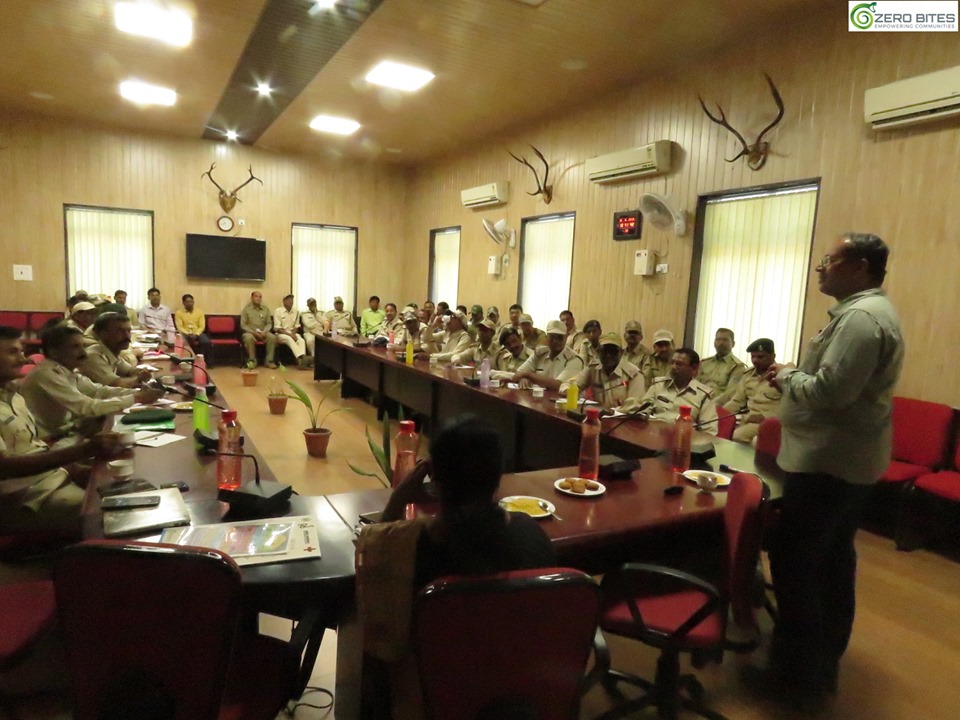 As part of the continued community initiatives in the pre-monsoon season, LWF in association with Zero Bites, Nature Works India and the management of  Kanha Tiger Reserve, conducted a Snake-bite management training for the ground staff of Kanha Tiger Reserve. More than 65 people from 13 different ranges including the core and buffer areas participated in this workshop which was conducted by Kedar Bhide. The session  not only covered the precautionary measures for preventing a snake-bite but also emphasised on the Do’s and Don’ts  along with an action plan in case of a snake bite which was demonstrated practically. During the sessions, extra empahsis was laid on visiting a proper hospital or medical center instead of going to a local ‘tantrik’ for treatment. This training was organised specially before the onset of monsoon so as to aim at a ‘Zero’ snake-bite death record this year. Apart from addressing the front line staff, the training was also held for the resort association at Kanha, for all the naturalists and staff. The programme was attended by 25-30 people from different lodges who brought in their experiences to this programme and the learnings were immense.