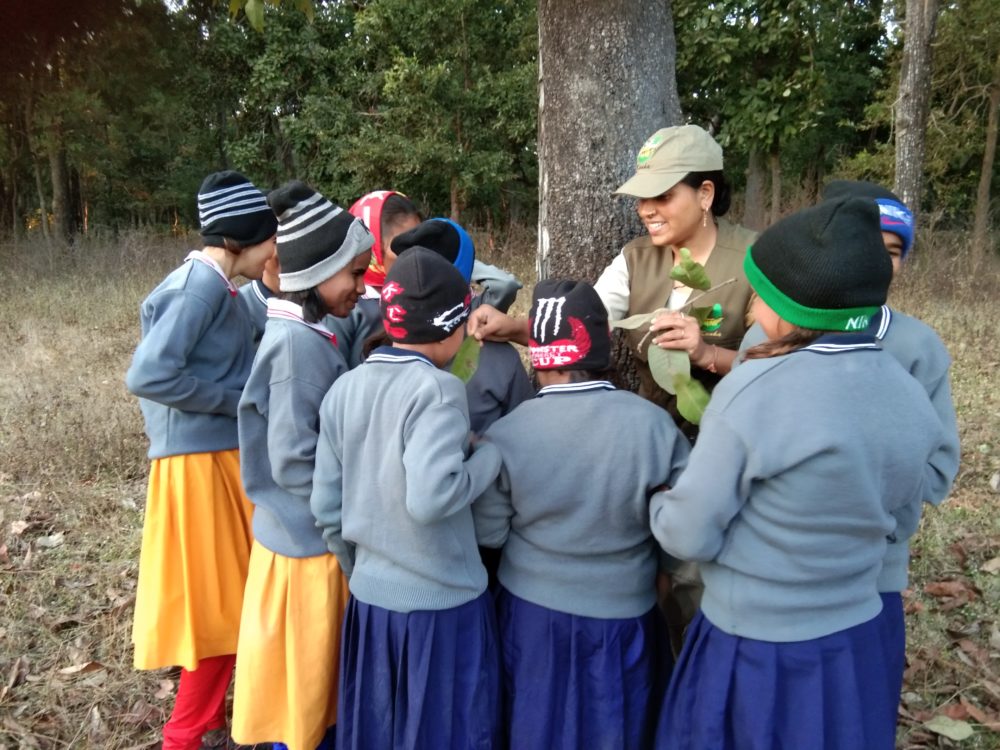 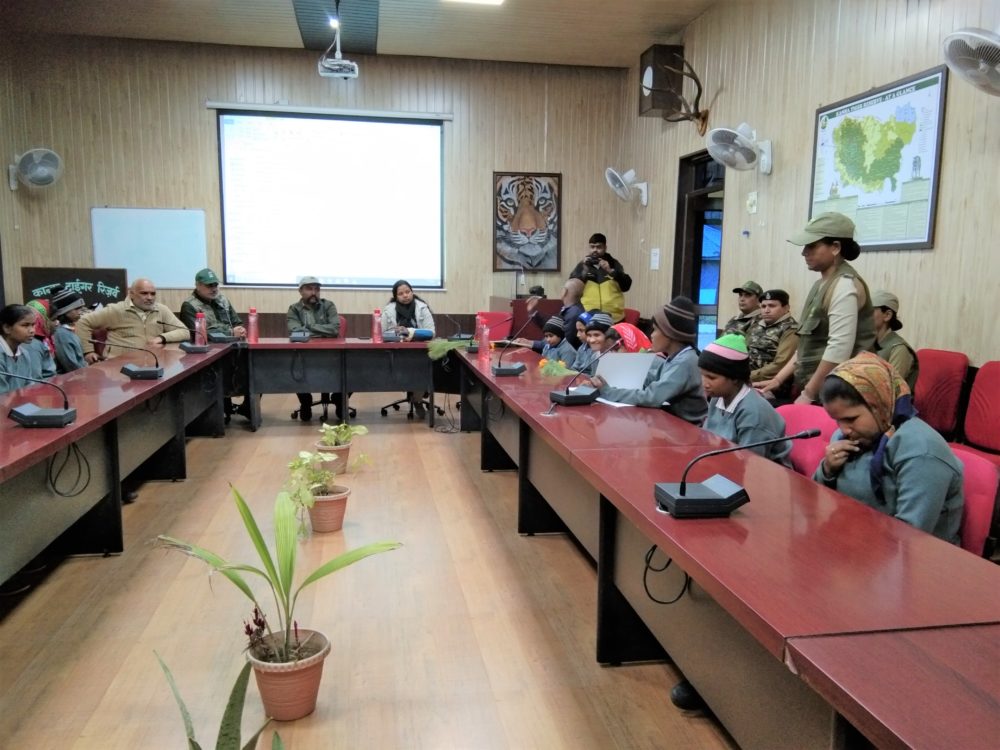 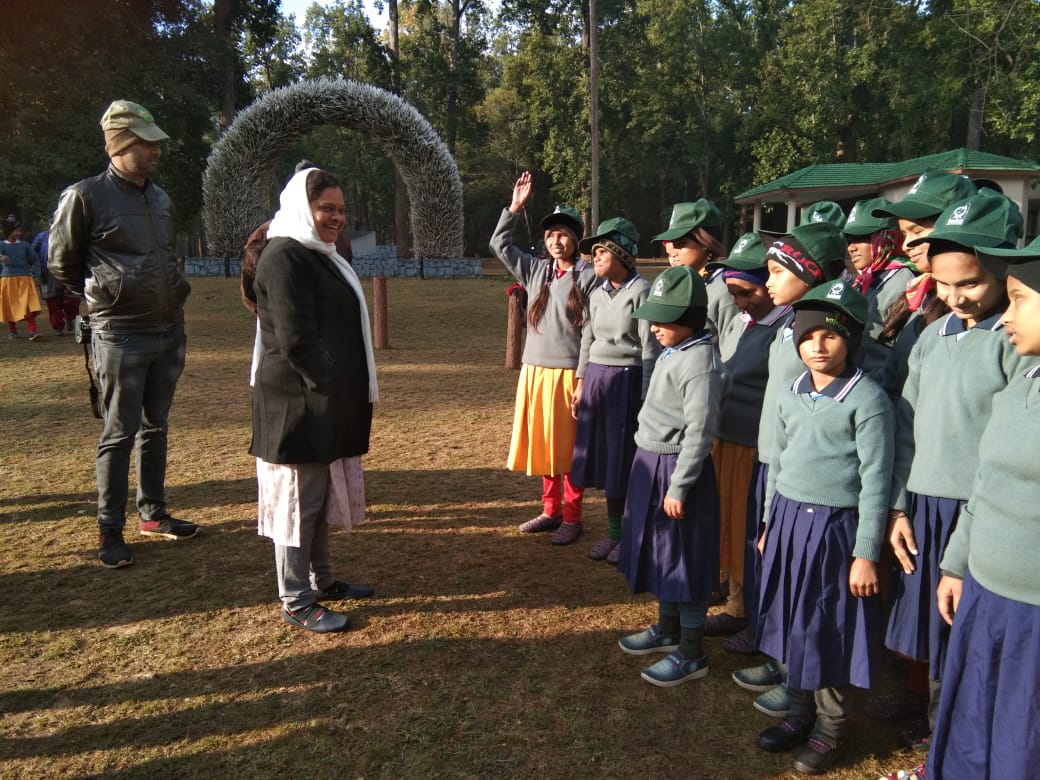 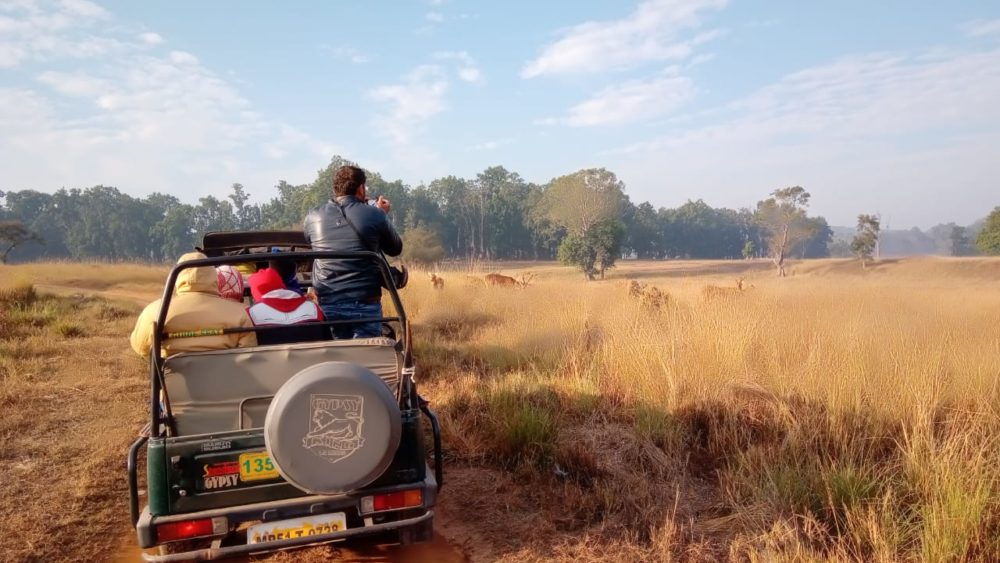 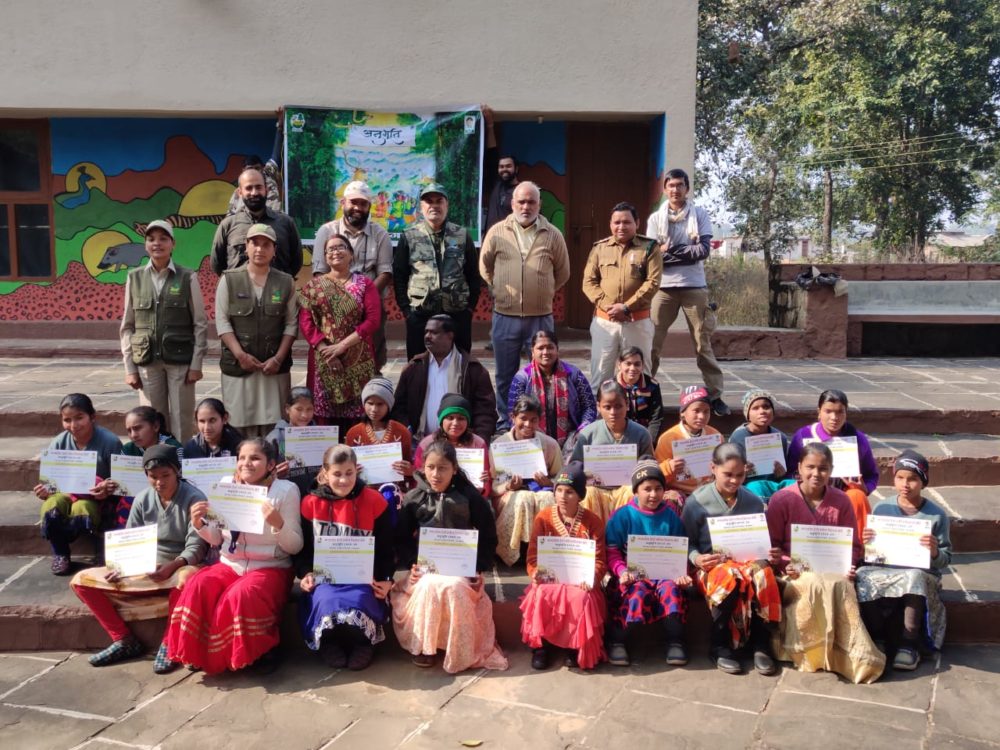 Last Wilderness Foundation is proud to have been associated with one of Kanha Tiger Reserve’s signature programmes of conducting a nature camp for visually impaired students. This is the third such camp in the last two years. This time, the camp was undertaken as a two-day programme for 40 students and teachers from the Netraheen Kanya Vidyalaya, Jabalpur.

The camp began by welcoming the students to the tiger reserve and telling them about the different birds and animals present in the park. They were introduced to the different calls and sounds made by the animals to give them an idea about communication in the wilderness, from the alarm call of a deer to the call of a peacock, to the sawing call of a leopard, to the tuneful howling of the jackals and the growling of a tiger as a precursor to the early morning safari the next day. The orientation session was followed by interaction with the Field Director Kanha Tiger Reserve, Shri. L. Krishnamoorthy and Deputy Director Kanha Tiger Reserve, Smt. Anjana Tirkey. The students posed a bunch of question before the officials about tigers and about the protection measures taken to ensure the safety of the animals. The ‘Tiger song’ was also played for the students which talks about the pre- cautionary measures to be taken while living in proximity to a tiger reserve and soon enough, all the students were humming to it and shouted for an encore! The interaction was followed by a nature trail, wherein the students where taken on a walk to experience the floral life of the reserve, by touching the leaves and barks of different trees.

The next morning saw an excited bunch of students bundled up, waiting eagerly to visit the forest they had heard so much about. As we went deeper inside the forest, they were told about their surroundings, the different trees present, the scenery we were passing, the grasslands full of deer, the water bodies and the birds foraging for their morning meal  and the different fauna that was present in line with the changing landscape.

The students were later also greeted by the sound of a calling sambar announcing the presence of a predator lurking in the far distance which made the students happy to note that there was a big cat nearby and they enjoyed the different bird calls like peacocks adding to the early morning orchestra! The safari ended with a visit to the Kanha museum, wherein the students were given a chance to touch the different animal skeletons and figurines to understand the different patterns, shapes and the size of the different animals. The high point for the students at the museum was feeling the figurine of a tigress with cubs, wherein the students wanted to touch and ‘see’ how big the cubs were, how long the tail of the tigress was, how sharp her teeth were etc. another highlight for the students post the visit to the museum, was interaction with Smt. Heena Kaware, who is the current deputy speaker of the Madhya Pradesh Legislative Assembly. The students interacted with her about their experience of the forest and expressed that this was the best way to begin the new year, in the company of a beautiful forest.

The safari was followed by a certificate distribution ceremony, wherein the students were felicitated for being a part of the programme. Here’s hoping for many such students to be given a chance to experience the magnificence that is the wilderness for it belongs to all and the experience is that of a lifetime.